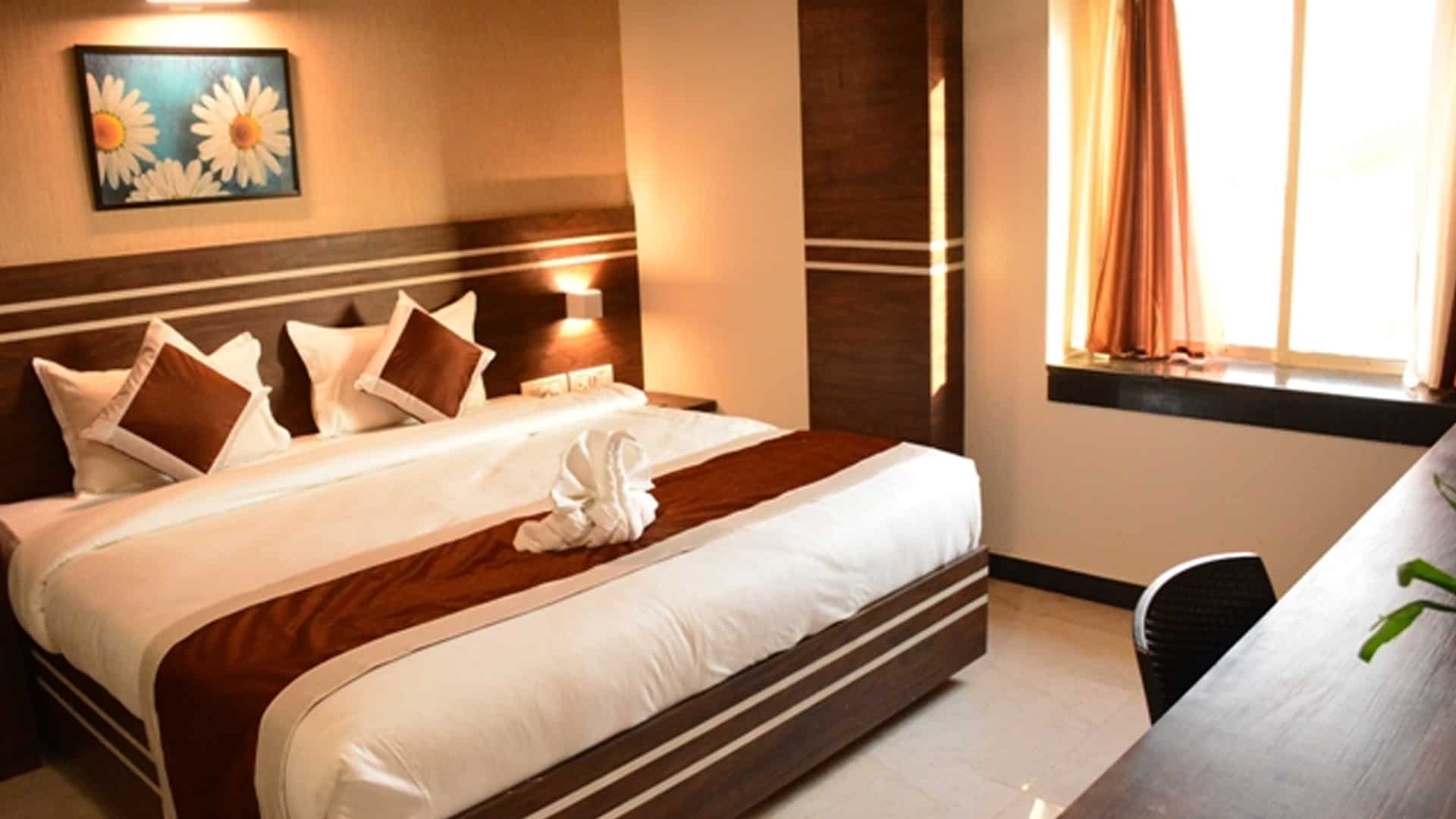 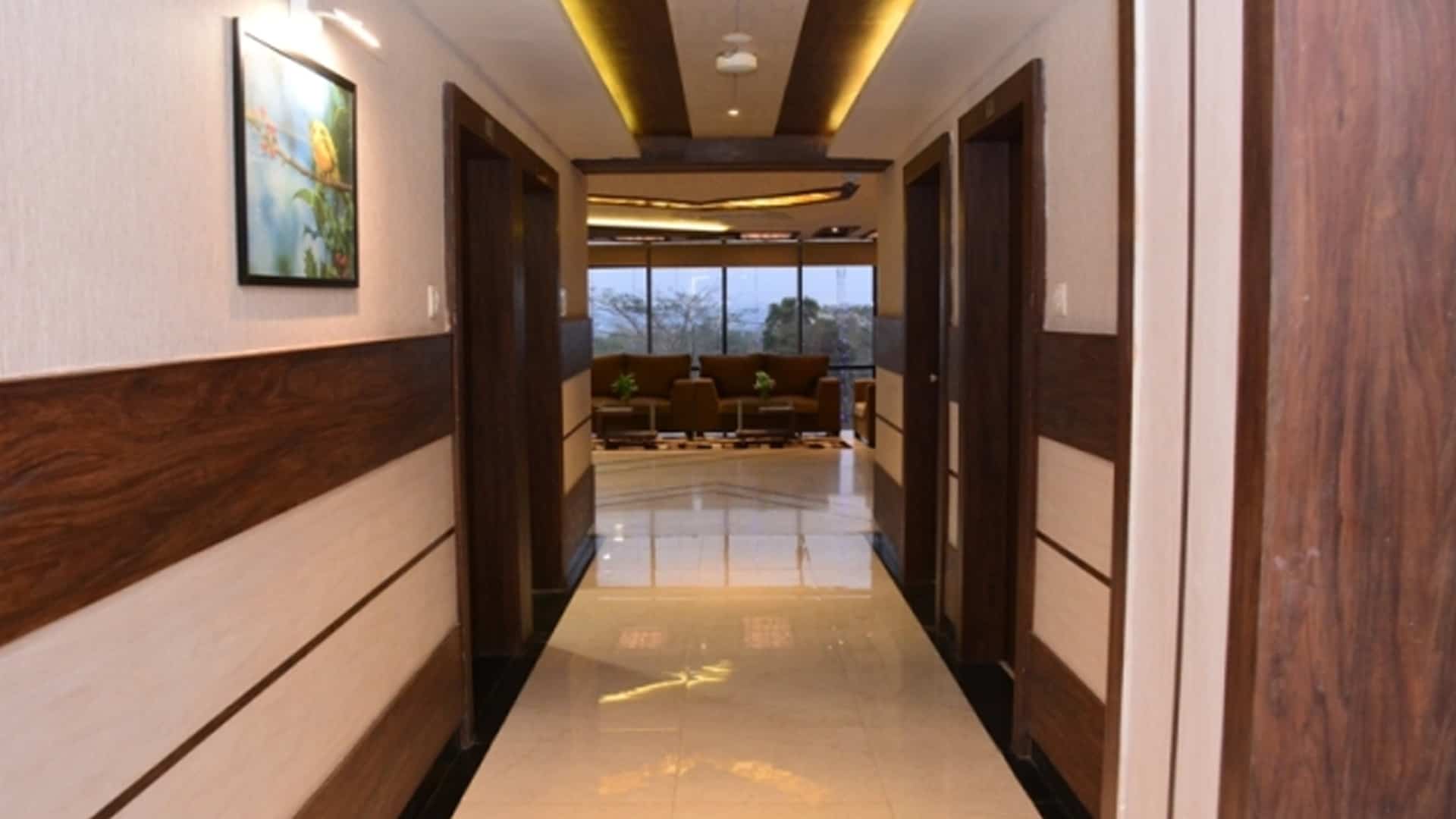 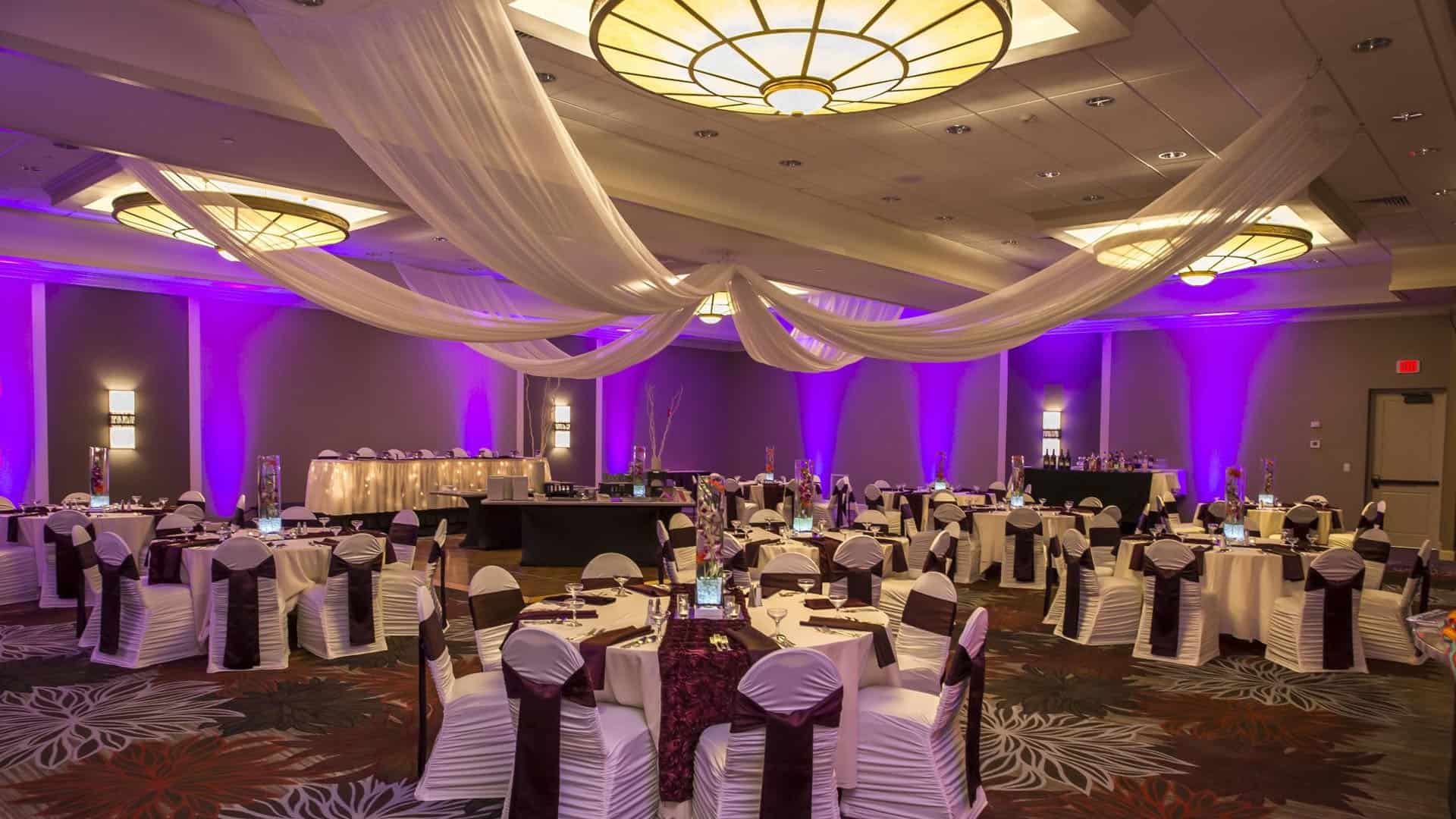 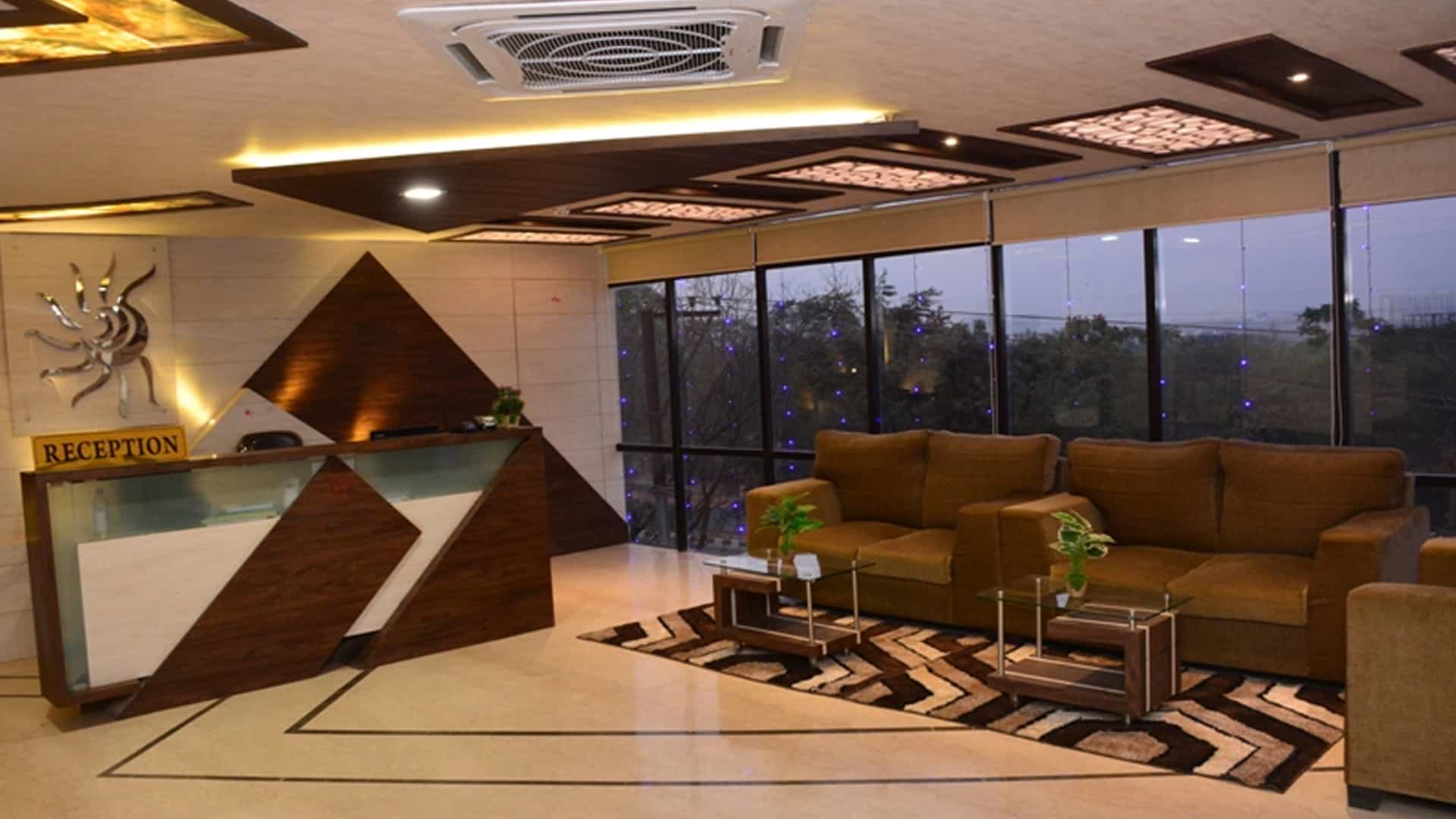 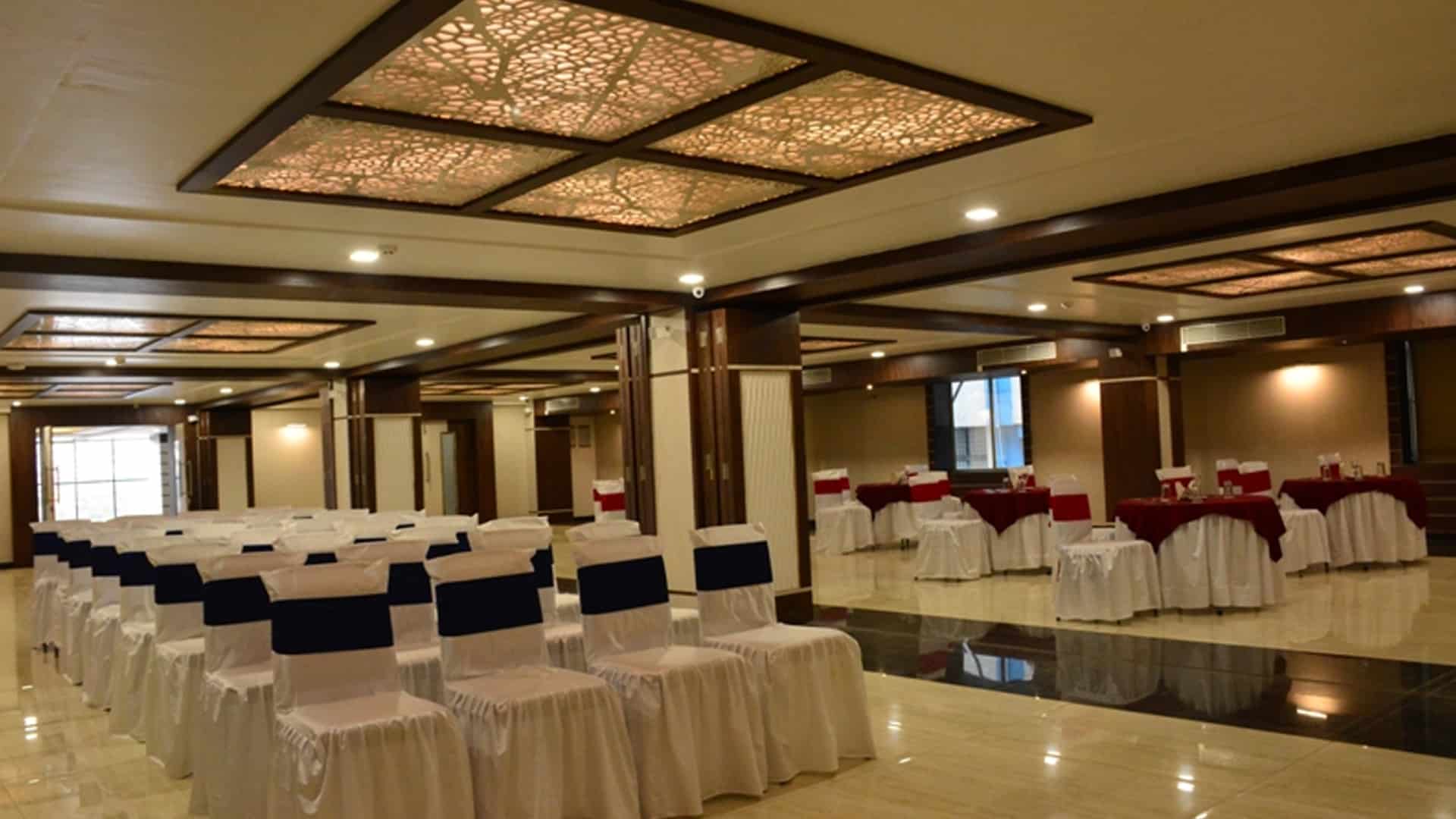 A Tour of Bhubaneswar City is incomplete without a visit to the following Tourist Attractions. 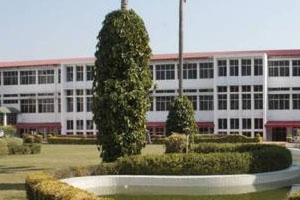 The museum at the top of Lewis Road, or near Kalpana Square showcases some of Odisha (Orissa)'s finer archaeological remains and treasures displayed in various galleries. It has a magnificent collection of various archaeological finds including some Buddhist and Jain sculptures, copper plates, coins and donatives inscriptions from ancient and medieval Kalinga. It boasts traditional and folk musical instruments, heavy jewellery, ancient weapons, tools and some photographs. The highlight of the museum is the rare palm leaf manuscripts and a collection of antique paintings. The well equipped library of the museum has some valuable publications on archaeology, architecture, history, anthropology, philosophy etc. 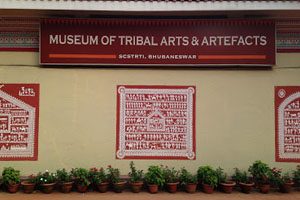 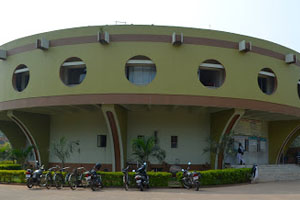 Named after the illustrious astronomer of Odisha (Orissa), the planetarium situated near the Acharya Vihar Square, features programmes related to astronomy in a domed shaped air conditioned auditorium. The sprawling 4 acre complex has well manicured garden around it. 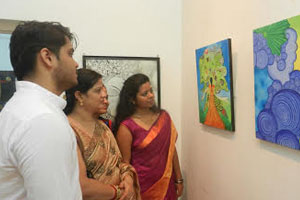 Set with the sole objective to promote contemporary Orissan art, the Gallery at Surya Nagar has an array of work in oil and water, sculptures, serigraphy, etching, lithography, wood carvings showing myriad aspects of life. 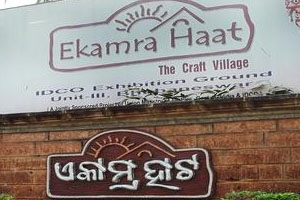 A showcase of (Orissa)'s art, craft, culture and cuisine, set amidst lush green environ, Ekamra Haat, on a 5 acre plot is managed by IDCO, on behalf of the State government. The architectural design and ambience of Haat matches the activities carried out there. The shops selling ethnic produce not only promote the traditional craft but provide a direct market access to the local artisans and weavers. The infra-structure and facilities also include an open-air theatre, lily pond with water fountain, food stalls, artisan rest rooms and info centre.Other Tourist Attractions of Bhubaneswar include: BDA Nicco Park its spread over about 25 acres of land is a family entertainment park with different rides, games and a lighted water fountain;

The Rabindra Mandap Auditorium, a centre for regular music and drama events;

Ekamrakanan or Government Regional Plant Resource Centre in Nayapalli has a large rose garden, a lake and a cactus garden;

Regional Museum of Natural History, near the Acharya Vihar Square, consists of models and photography to create awareness about conservation of natural heritage and our rich biodiversity; Regional Science Centre, near Acharya Vihar Square , has four halls consisting exhibits to popularise science and technology especially among school children; 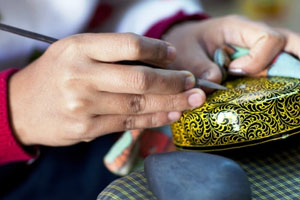 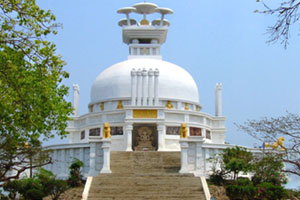 8 km south of the present Bhubaneswar, across the Daya river, Dhauli has major edicts of Ashoka engraved on a mass of rock. It is presumed to be the area of the bloody battle of Kalinga, won by the Mauryan emperor Ashoka in 265 BC. Though he conquered, but the horrors of having slain over 150,000 people and the misery it inflicted on the people filled Ashoka with remorse and brought about a sudden change of heart. He gave up his ambition of dig-vijaya (military conquest) in favour of dharma-vijay (spiritual conquest). 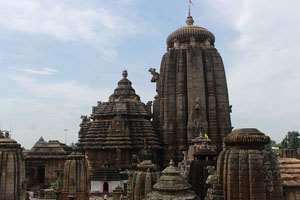 One of the oldest temples (late 8th century), its striking feature is the shape of its sanctuary tower. The semi cylindrical shape of its roof, a leading example of khakhara order of temples, bears an affinity to the Dravidian gopuram of the South India temples. 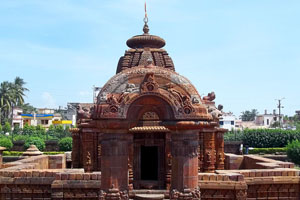 An important landmark to the architectural development in Odisha (Orissa), the Mukteswar Temple is often described as one of jewels of Odisha (Orissa) for its exquisite sculptures and elegant looks. The plan is now a full fledged five sectioned form, pancharatha and the platform or the pabhaga consists of five moldings, as in latter temples. 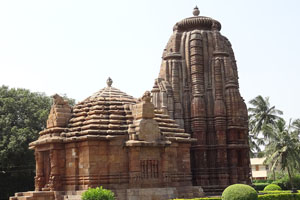 Set amidst the well maintained gardens, the 11th century Rajarani Temple is famous for its sculpted figures and the successive tiers of projections rising to form its 18 m tower. The accentuating miniature replicas of itself decorate the spire, reminiscent of the temples of Khajuraho. It has a square sanctuary and its interior and exterior surfaces are so recessed that it appears circular. The ornamental deul stands diagonal to the severely plain jagamohana. 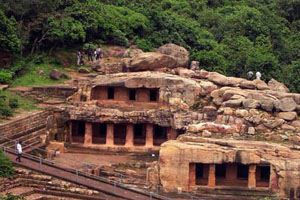 Udayagiri & Khandagiri Caves One of the earliest groups of Jain rock-cut shelters, the caves of Udayagiri (Hill of Sunrise) and Khandagiri (Broken Hills) command a unique position in the filed of history, rock-cut architecture, art and religion. The two hills rise abruptly from the coastal plain, about six km west of Bhubaneswar, separated by a highway.

Called lena, in the inscriptions, the caves of Udayagiri and Khandagin are essentially dwelling retreats or cells of the Jain ascetics, opening directly into the verandah or the open space in front. Mostly excavated near the top of the ledge or boulder, they simply provided dry shelter for meditation and prayer, with very little amenities even for small comforts. The height being too low, does not allow a man to stand erect.

Each cell was tenanted by several monks. The cells are austerely plain, but their facades are encrusted with sculptures depicting auspicious objects worshipped by Jains, court scenes, royal processions, hunting expeditions and scenes of daily life. The austere later additions, when Jainism no longer enjoyed royal patronage in this part, show 24 Jain tirthankars. At present, all the important caves have been numbered for to avoid confusion in nomenclature. 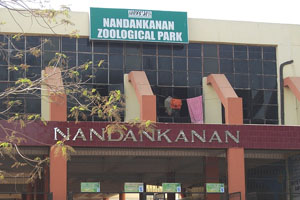 The very name of “Nandankanan”, in mythology, delineates the ecstatic but imaginary beauty of the celestial garden. It also indicates the real beautiful spots par excellence on earth, where one can see the panoramic views of nature and appreciate the glamour that exists in the external morphology of plants and animals.The zoo is enriched with 210 enclosures with at Nandankanan. It has the significance of having both the cages and open moat enclosures. There are 116 cages and 94 open moated enclosures to house all the captive animals of Nandankanan. It has the glory of having 156 species of animals which includes 41 spp. mammals, 83 spp. birds, 26 spp. reptiles and 6 spp. of amphibians. Nandankanan has huge number of animal collections. There are 3004 no animals, including 1175 mammals, 1546 birds, 262 reptiles and 21 amphibans. In these 156 species, 103 are indigenous and 53 are exotic.There are 15 spp of mammals, 120 spp of birds, 15 spp of reptiles, 85 spp of butterflies which are freely move inside the sanctuary. 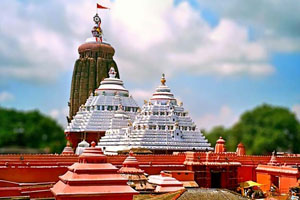 Belonging to the 11th century and enjoying the honor of being one of the 'char dhams', the pilgrimage that every Hindu intend to visit; Jagannath Temple is the honor of Puri and Odisha (Orissa). The holy sight of Lord Jagannath, accompanied by Subhadra and Balabhadra raises loads of joy among the devotees. The two gods and the goddess of the temple are ornamented in accordance with the occasion and seasonal change. The structural design of the temple can be found to be in pyramid shape. 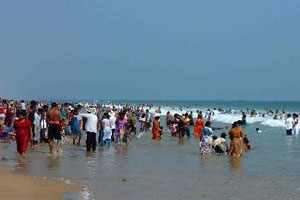 Fine white sands, roar of the breakers rolling in from the Bay of Bengal and countless devotees flocking the place for a purification dip are the synonyms to the Puri Beach. The beach has continued to be a sacred venue for an endless number of pilgrims coming to pay homage to Lord Jagannath.

With the annual Beach Festival taking place in November, the beach has now become a favorite haunt of both Indian and foreign beach lovers. Located at a mere distance of 35 kms from the Sun Temple and 65 kms from Bhubaneshwar, the beach is an ideal place for an introvert holiday maker for the scarcity of crowd here. 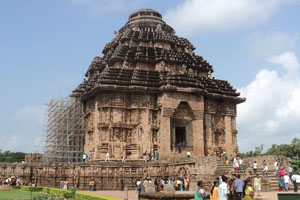 One of the most stunning monuments of religious significance, a true masterpiece of architecture proudly stands in the form of Sun Temple at Konark. A culmination of Oriya architecture, the temple is a wonderful place as the language of stone defeats the human language here. Built in 13th century by King Narasimhadeva, the temple is designed in the shape of a colossal chariot with seven horses and twelve wheels, carrying the sun god, Surya, across heavens. 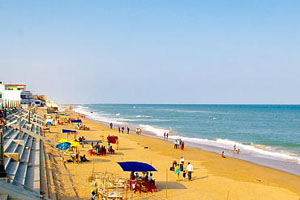 Serene environment, immense sailing opportunities and loads of fun and frolic awaits you at one of the most pristine beaches of Odisha (Orissa) namely Gopalpur on Sea. Located at a mere distance of 16 kms from Berhampur, this humming seaport can be a real retreat to the sea worshippers. Despite the crumbling walls and pillars of the jetty, that are a witness to a past glory of commercial activity; the beach offers peaceful ambience conducive to introspection and conviviality.

Ideal for both sailing and surfing, the beach is fairly isolated and remains undisturbed by the day trippers. Avid beach combers have time and again declared the beach as one of the finest ones at the Eastern Coast. The alluring capability of the beach has pressurized the authorities to revitalize the port again and make it fit for modern ships. May the pleasures of the beach with her backwaters continue to spread its aquatic magic! 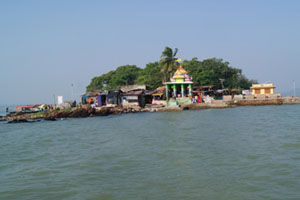 Satapada, a retreat in nature on Chilika Lake, has been thrown open to visitors. Its location near the confluence of the Lake with the Bay of Bengal, and makes it an ideal spot to enjoy Chilika. The thrilling sight of dolphins round the year and abundance of migratory and resident birds in winter make it a preferred place for a vacation with nature. 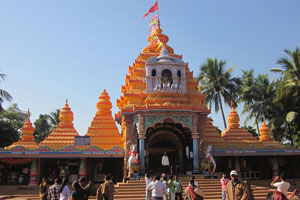 Maa Tarini is the female embodiment of power and the presiding deity for all Shakti and Tantra peethas or shrines in Orissa. Maa Tarini temple is in Ghatagaon, Keonjhar, in the state of Orissa.Devotees from all over Orissa and also from outside Orissa send thousands and thousands of coconuts to Maa Tarini temple every day. It’s believed that offering a coconut to the Goddess brings wishes true. Collection boxes for coconuts can be seen at all big and small transport hubs in Orissa. As a matter of fact, you can hand over a coconut to ANY public transport vehicle in Orissa and rest assured the coconut will reach Maa Tarini’s temple 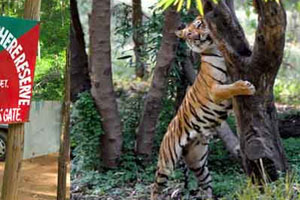 Similipal Wildlife- Taking its name from the abundance of semul or red silk cotton trees that bloom vividly here, the Simlipal National Park is home to three of India's biggest animal species --Tiger, Asian Elephant and Gaur. Spread over a sprawling area of 2750 sq. kms, the park is at an altitude of 559.31 meters. Simlipal Tiger Reserve is famous for best care of tigers in india.

Set on a wide expanse of Sal forest, this park is nestled in the very centre of Mayurbhanj, the northernmost district of Odisha (Orissa). Notable variations in topography, conducive climate and required vegetation has supported large varieties of animals, birds and reptiles to flourish in one of the earliest and finest of India's 15 Tiger reserves falling under Project Tiger.

A forested, hilly terrain 200 km south-west of Kolkata, the reserve is endowed with an exceptional biodiversity. Of the reserve's almost 1,000 species of flowering plants, 94 are orchids, many of which are on show at the small display at Gurguria. 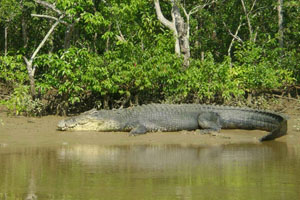 Bhitarkanika National Park - Considered one of the most impressive wildlife sanctuaries of Asia, the Bhitarkanika Wildlife Sanctuary in Odisha is special due to reasons more than one. Housing the dynamic and salt tolerant species of trees, the Mangroves that generally grow in tropical and sub-tropical inter-tidal regions; Bhitarkanika has a luxuriant green, rich and pulsating eco-system.Located in the estuarial region of Brahmani-Baitarani, in the north-eastern place of Kendrapara district of Odisha (Orissa), the sanctuary covers an area of 672 square kilometers of mangrove forests and wetland. Crossed by a thick network of brooks, with the Bay of Bengal on the east, Bhitarkanika Wildlife Sanctuary is home to over 215 species of birds, including winter migratory birds from Europe and central-Asia.